Your faithful Not Greatest Translator Cayce is in the middle of relocating, and is therefore not currently connected to the internet (shock!) Therefore, if this blog has been silent for a while, do not despair. I swear I am moving to the 13th Floor of the Diana building in Asylum Garden Ward, Dead Cyber Tokyo, Japan, so you have no reason to worry about me! I promise more goodies and madness in the not-too-distant future.
Posted by Cayce at 8:22 PM 2 comments: Links to this post 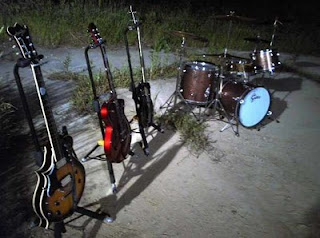 IMAI 18:09
We remembered, Mr. Imai. It was the Memento Mori tour show at Oomiya Sonic City...the fans all found your blog on their cell phones, and then they thought it was a hoax. But we knew better. Happy anniversary.
Posted by Cayce at 12:54 PM 1 comment: Links to this post 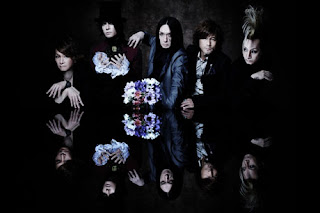 Buck-Tick's second single of 2010 will be entitled "Kuchizuke" ("Kiss") and will be released this summer!
"Kuchizuke" was written as the opening theme for the anime "Shiki," slated to air starting July 8th on Fuji Television's noitaminA program. More details will be released as they are decided. NoitaminA airs Thursday nights starting at 1:15AM on Fuji Television, Kansai Television, Tokai Television, and BS Fuji. "Shiki" was based on the manga by Fujisaki Ryuu, which was based on the novel by Ono Fuyumi. Please check the Shiki official website for more information.
.
Information taken from Buck-Tick's official site.
Posted by Cayce at 5:09 AM 1 comment: Links to this post

.
My guitar recording is starting today.
.
.
...and by that I mean, I totally forgot about the existence of this blog.
.
I have a feeling I'll probably forget about it again in the future, but just bear with me, okay~~
.
Anyway, going to the studio now.
.
Posted by Cayce at 3:12 AM No comments: Links to this post